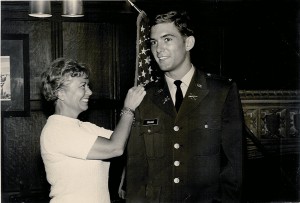 Richard Gaines Graham grew up near Annapolis, Maryland, the child of Willyne and Herb Graham. His father was an infantry company commander in General Patton’s 3rd Army and was in Austria when WWII ended.

Following graduation from Severn School in Severna Park, MD, and an unapologetically average academic career at Princeton as an engineering student, where he played lacrosse and imported weekend dates from upscale girls’ schools, Richard graduated and was commissioned a 2nd lieutenant in the U.S. Army. He then won a one-year, all-expense-paid, U.S. Government fellowship to study the culture of a hitherto little-known Southeast Asian country. 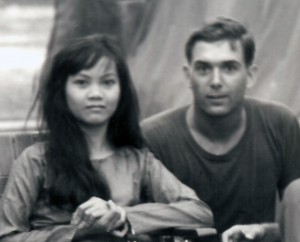 Stationed at Long Binh Post near Saigon (now Ho Chi Minh City) in 1969-1970, he held various jobs at the 219th Military Intelligence Detachment, at the Headquarters Company at II Field Force, and with the 2nd Civil Affairs Company.

Rather than return directly to the U.S. after his discharge from the Army in May 1970, Richard chose to travel throughout Southeast Asia, Burma, India, Pakistan, Afghanistan, Iran, and Turkey. “I figured I was here in this really exotic and interesting part of the world, and all I’d seen for twelve months was the inside of a barbed-wire enclosed compound and miles and miles of rice paddies from a helicopter 1000 feet up. Why not travel a little? By the time I got home six months later, I’d lost twenty pounds and picked up a tape worm, but during those travels I saw a dozen unique cultures and discovered how remarkably well people get along with very little. It was an edifying experience.” 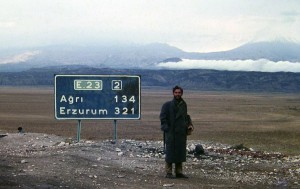 Returning from overseas, he enrolled in the University of California at Berkeley and completed an MBA degree. There he met the vivacious former Denise Eugénie Maryse Pourchier, and following three years of determined wooing and tough negotiations, they were married in Nice, France, where they remained for fourteen years. During this time, Richard taught math and science and eventually became the headmaster of the American International School on the Côte d’Azur; befriended corrupt local politicians; and frequented the casinos of Monte Carlo.

Richard’s choice of wife was clearly his most intelligent life decision. Denise produced and helped raise two admirable children, and the family returned to “the Big PX” in 1989. They currently live in Washington, DC, where they occasionally get to entertain their four grandchildren. 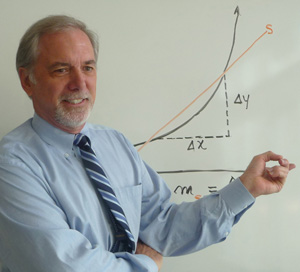 Tough Love in the Classroom 2010

Recently retired after teaching high school mathematics for eighteen years and coaching lacrosse at St. Albans School in Washington, Richard is the publisher of Maharg Press. He is the author of Wounded, a story of love, war, and adventure set in Vietnam and Southeast Asia in 1969-1970. He is currently working on a second novel about the assassination of a 17th century French baron whose descendants find revenge in the Italian monarchy election following WWII.

On a good day he shoots an 85. Secret of success: a half bottle of Bordeaux daily.