First Lieutenant Alexander Sanford Marwick
He smiled: 1968-1969 had been a memorable, foolish year, and now an embarrassment. He had dated European airline stewardesses and caroused with real money in his pocket for the first time in his life, dashing home after a day of mind-numbing, bureaucratic boredom as a low-level military intelligence analyst, to shed his uniform and meld into a civilian world of bachelors on the make—a year in which he had successfully ignored a war on the other side of the world, a year in which fourteen thousand Americans servicemen had lost their lives.

General Philip L. Caywood
Short and thick around the middle, Caywood hardly fit the image of a warrior-general. He had emigrated from England in his youth, Marwick had learned, and though naturalized and near the top of his class at West Point, he retained a mild but obvious British accent. As Marwick discovered early on, his verbal criticisms could be withering. 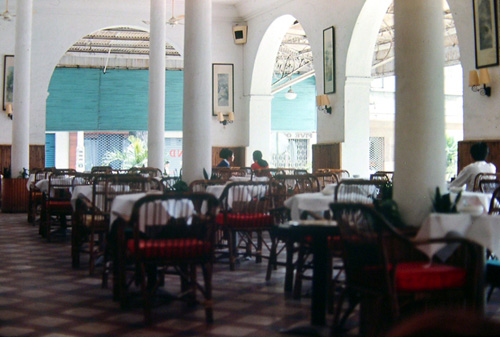 Unites States Senator Samuel Hunnicutt Hughes
Marwick moved to his seat reluctantly. The relationship with his stepfather had never been easy, and certainly not friendly. That they happened to be together in the same distant country did not seem ample reason to hope for an improvement. “How the hell you been anyway?” the senator boomed. “Sit down. Tell me about the war.” 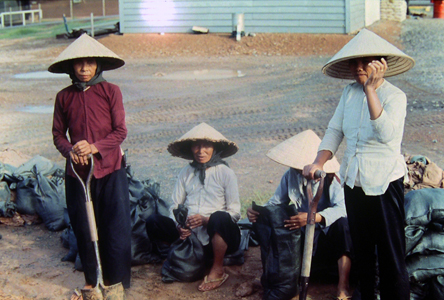 Clémence-Odile Lombardini
Later, when she picked up the menu, Marwick could only see her downcast eyes, her forehead, and the dark hair above the beige card she held. After a moment and without lifting her head, she glanced up over the card and fixed on him with hazel eyes—a three-second visual embrace as intense as it was unexpected. The eyes sparkled and he wondered if she might be smiling. Abruptly, she looked down again just as purposefully and as confidently as she had looked up, and without the slightest ruffle in her composure, she turned to the officer sitting next to her and continued their conversation as if nothing had happened. But it had.

Sally O’Mara
Marwick liked Sally in a brotherly way. She was one of those healthy farm girls from Minnesota—strong-willed, confident, and in command of a vocabulary that could wilt a palm tree. She had a radiant smile, which hid a small scar on her left cheek, an imperfection that accented the otherwise undisturbed regularity of her features.

Jack Riley
“Jesus, Marwick, you’re not really drinking that stuff, are you? They’re poison. Never mind. Finish up. Then, children, it’s zoo time.” “It’s what?” Cléo asked. “You don’t think I came all the way up from the Delta just to see you guys, do you? Hell, less than two klicks from here are some of the rarest and most exotic mammals on earth. Let’s go,” he said, turning around, marching out into the middle of Tu Do Street in front of the hotel, and waving his arms at the small, battered, blue- and cream-colored Renault taxis that streamed by, swerving to miss him. 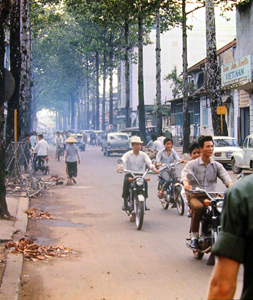 Captain Michael R. Solecki
That evening after the movie he found Solecki sitting cross-legged in the middle of the floor of his room on a woven grass carpet. He held an eighteen-inch, antique-looking bayonet, and was carving the largest salami Marwick has ever seen. It was as long as his arm and as thick as the business end of a Louisville Slugger. Surrounded by half-opened packages, plastic containers, and a pile of exotic looking canned goods, he reminded Marwick of a kid at Christmas.

Le Van Duc
He sat back and smiled. “Those were tough days in the mountains of Tonkin, but memorable. Your stepfather—he was with the OSS. He worked with us behind Japanese lines. He helped train the Viet Minh. Lieutenant Hughes and I became close friends just before the Japanese surrender.” He paused, drew from his cigar, and looked piercingly at Marwick again. “I was a communications officer with Vo Nguyen Giap, the military commander.

Le Van Khanh
She was even more striking now than she had been in Paris, he conceded, when her youthfulness sometimes seemed at odds with the comportment of a very sophisticated Eurasian woman. Her face radiated a new maturity. Marwick thought it might be her mouth, which was ever so slightly turned down at the corners, resulting in an unfamiliar air of seriousness. The features of her French mother were apparent: a prominent straight nose and hazel eyes, not unlike Cléo’s, except that they were almond-shaped. 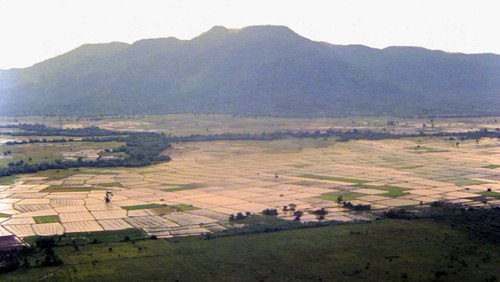 Karl Elliot Reinhart
On a nearby couch sat a man Marwick knew only as Karl. He said little, but Marwick sensed that his comments would prove the most useful when it came to dealing with the Asians he would likely meet in the coming weeks. “Above all, show no emotion. Otherwise, they won’t take you seriously.” The man on the couch did not look up, just continued to flip through a magazine. He had an angular face, long blond hair combed straight back, Prussian style, and spoke with an icy self-assurance that grated.